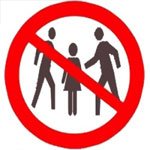 PREVENTION OF RAGGING IN THE COLLEGE AND HOSTEL PREMISES:

STUDENTS AND PARENTS ARE INFORMED THAT RAGGING IS BANNED AND SHALL BE CONSIDERED AS A SERIOUS OFFENCE WHICH WILL ATTRACT SEVERE PUNISHMENT.

Parents are requested to emphasize on their wards the seriousness of the offence and instruct them not to indulge in ragging.

UGC REGULATIONS ON CURBING THE MENACE OF RAGGING IN HIGHER EDUCATIONAL INSTITUTIONS, 2009

(under Section 26 (1) (g) of the University Grants Commission Act, 1956) Full text is available on our website, www.ruparel.edu and with the Registrar in the college office. Important aspects of the Regulation are given below:

Ragging constitutes one or more of any of the following acts:

Action to be taken by the Head of the institution.- On receipt of the recommendation of the Anti Ragging Squad or on receipt of any information concerning any reported incident of ragging, the Head of institution shall immediately determine if a case under the penal laws is made out and if so, either on his own or through
a member of the Anti-Ragging Committee authorised by him in this behalf, proceed to file a First Information Report (FIR), within twenty four hours of receipt of such information or recommendation, with the police and local authorities, under the appropriate penal provisions relating to one or more of the following, namely;

Punishments
The Anti-Ragging Committee may, depending on the nature and gravity of the guilt established by the Anti-Ragging Squad, award, to those found guilty, one or more of the following punishments, namely;

Provided that where the persons committing or abetting the act of ragging are not identified, the institution shall resort to collective punishment.